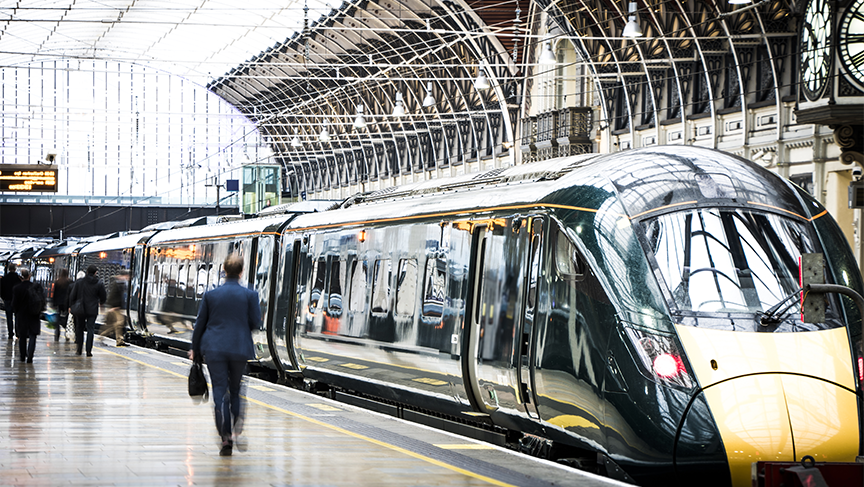 Sagnik Murthy, Head of Client Relationships, explains how rail electrification may be one of the answers to the emissions challenge.

In June 2019 the UK became the first country in the world to legislate a net zero carbon emissions target by 2050.

It gave an added impetus to deploy more renewable and low carbon technologies to build a flexible and greener energy system. The world we live in will continue to change and evolve impacting our lives in ways never imagined before whether it is the electricity, transport or heat sector.

Currently the transport sector contributes 28 per cent of the total net domestic greenhouse gas (GHG) emissions in the UK and this sector will require transformation if the UK is to achieve its target of net zero target by 2050. People are increasingly considering the sustainability impact of their journeys from door to door. That not only means carbon offsetting their flight but hailing an electric taxi and in the future battery and hydrogen powered trains, planes flying on sustainable aviation fuels and ships and ferries powered by hydrogen, ammonia or synthetic fuels.

The Oxford Economics 2018 report shows that for every £1 spent on rail, £2.20 of income is generated in the wider economy, meaning rail is not just an important sector in its own right but it is also crucial for UK plc, its economy and connectivity.

The pandemic has impacted rail passenger ridership across the UK but inherently rail is a green mode of mass transit, contributing just 2.6 per cent of GHG emissions from transport and only 0.6 per cent of total UK emissions.

In the article I delve into how rail electrification will help the UK achieve significant strides towards transport decarbonisation and why we need to start thinking about our network of rail stations as multi modal transport hubs.

With the Government’s announcement to ban all petrol and diesel engines by 2030, the rail sector must replace diesel trains with zero carbon rolling stock, for example electric, battery or hydrogen trains. Track electrification is expensive at an average cost of £1m per km but still the best whole life option for an intensively used railway network.

As of November 2020, 6,049 kilometres (38 per cent) of the mainline railway route (15,904 kilometres) was electrified in the UK. Electrification is typically measured in Single Track Kilometres (STKs). This is the absolute length of track within a route kilometre (i.e. one route kilometre of twin track railway is 2 STKs). Network Rail’s Traction Decarbonisation Network Strategy has identified that over the next 30 years, an additional 11,700 STKs of electrification is required for long-distance high-speed passenger and freight services, over 900 STKs for hydrogen trains and over 400 STKs for and battery trains.

National schemes like HS2 will see a high-speed rail link between London to Crewe via Birmingham with plans for a leg connecting Crewe to Manchester which awaits parliamentary approval. Regional schemes such as the Midland Main Line, Transpennine Route Upgrade and East Coast Mainline, are already transforming the railway network with electrification at its heart.

HS1 is the UK’s first high-speed railway linking St Pancras International in London to the entrance of the Channel Tunnel in Folkestone, Kent over 108km of track. The GWEP route stretches from Maidenhead to Cardiff and interfaces with the Crossrail project at Maidenhead.

Battery and hydrogen trains will not be suitable for decarbonised high-speed passenger and freight services because of the technological limitations. However, battery trains can be used for branch lines where high track electrification costs do not justify the business case. Hydrogen trains are a viable alternative for passenger trains on non-electrified routes but at this stage they are restricted to the extremities of the rail network.

UK Power Networks Services has been involved in a number of design feasibility studies to demonstrate battery power trains. With a fully charged battery, a train will have a range of around 50 kilometres, allowing them to branch off the electrified section of line and proceed to a station with charging infrastructure where they can top up the battery before travelling to the next location. 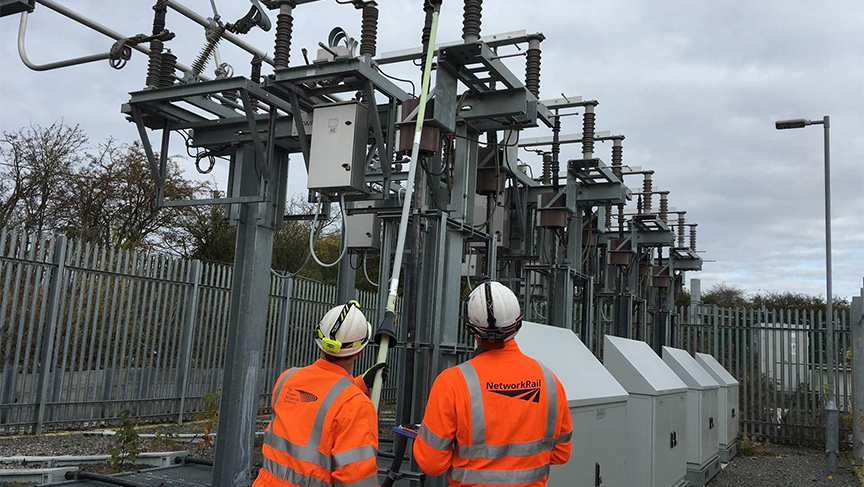 The Rationalised Autotransformer System is a state-of-the-art advanced protection system, which reduces the number of circuit breakers and other equipment whilst maintaining safe operation of the line. The innovation was recognised at the National Rail Awards 2018 as Innovation of the Year.

One should also remember that railway stations are nodes in the transportation system. Non-traction power involves stations, depots and buildings. They offer the chance for the installation of electric vehicle (EV) charging infrastructure, solar canopies and energy storage to create zero carbon green stations, to facilitate the door-to-door green journey that society is increasingly seeking.

Station car parks can also be fitted with EV charging infrastructure to allow rail users to charge their EVs while they use the train to commute to their place of work.

Multimodal shift from road to rail

Multimodal shift to rail is where the actual impact will be felt on reducing greenhouse gas emissions. Perhaps a more localised economy that requires less travel and transport is the only real answer to a carbon-zero economy. But until such time, a significant modal shift to rail will be required. The Office of Rail and Road (ORR) reported 152 billion net tonnes of freight were moved by road in 2018, compared to 17 billion net tonnes by rail, which means that only 8.9 per cent of all goods were moved by rail in 2018.

However, according to the Department for Transport’s (DfT) Rail Freight Strategy 2016, rail can deliver 76 per cent emission reductions for freight compared with road. There is a great opportunity to decarbonise the entire goods route delivery, not just the last mile, by shifting more freight onto rail if rail can be made a more attractive alternative.

As per the DfT’s Transport Decarbonisation Plan update in October 2020, with a train capable of carrying the load of 60-76 HGVs and industry experts identifying a realistic potential total of 30-40 per cent of all HGV mileage as transferrable to rail, investment in electric rail will have a huge positive impact on decarbonisation, although more rail terminals would be needed to facilitate this.

Electrifying 620 miles of railway would mean more than 90 per cent of rail freight would be moved electrically while 320 miles would cover 75 per cent of rail freight, thereby emphasising the importance of electrifying ports routes for international freight such as the Port of Felixstowe delivering freight to the East Midlands Gateway rail terminal for onward distribution to warehouses around the country.

The key driving forces for change are the so called 4Ds of the Energy Transition: decarbonisation, decentralisation, digitisation and deregulation. We as individuals have a role to play in this transition to a more sustainable, flexible and resilient zero carbon transport future.

Encouraging modal shift from road to rail for everyday journeys, such as commuting, leisure and shopping, requires reliable and easily accessible rail services in cities and regions. This also allows for an increase in active travel as people are more likely to walk and cycle to a train station, given that there is appropriate infrastructure available.

The planning system needs to be reviewed to ensure land can be allocated for freight consolidation within local plans. This is also an important issue with water-based freight. Multi-modal hubs acting as gateways for rail, marine and road transport will need joined up thinking from Government for cities and towns. As these different modes of transport come together in interconnected ways there will be a rise in interchange hubs.

Multimodal interchange hubs are vital for achieving sustainable transport systems and serve as the gateway to mobility and greater accessibility. Such hubs will not only be a place of transport connection but also of social interaction – a truly connected future. 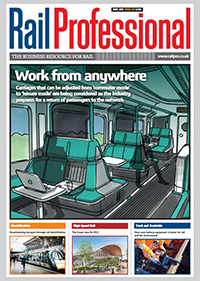 This article first appeared in the June 2021 issue of Rail Professional magazine.