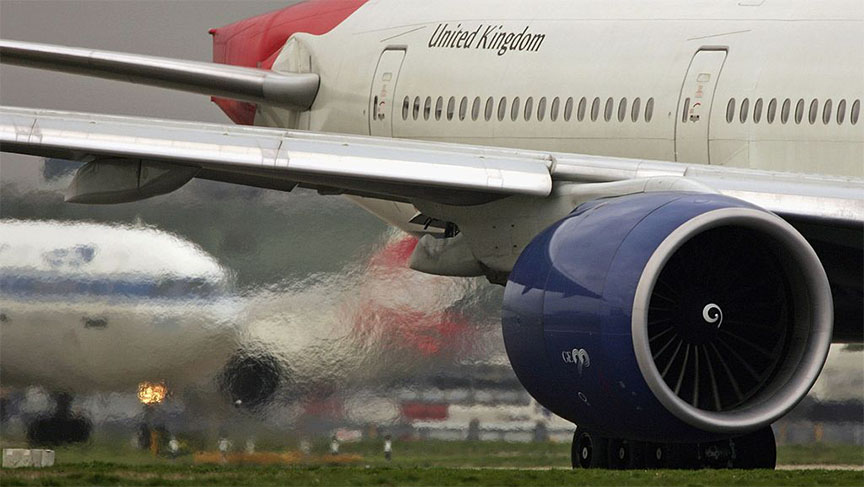 In this three-part series, Head of Markets Philip Heathcote explores what the aviation industry is doing now and the possible routes to achieving net zero carbon emissions. In the first of the series, Philip examines the shift in public perception of the aviation industry and what major airlines and airports are already doing to make their existing infrastructure more sustainable. 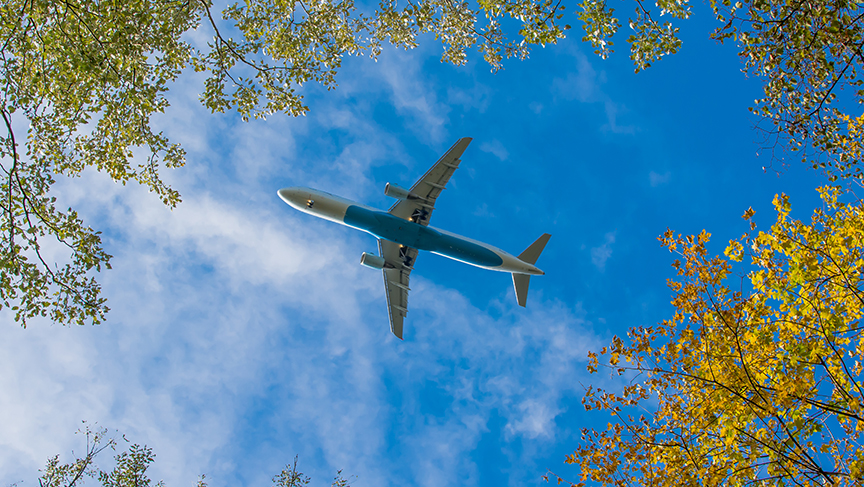 A familiar sight until the onset of the COVID-19 pandemic

Today, it is with schoolboy excitement that I spot an aircraft in the sky. Of all modes of transport, aviation has been hit the hardest by the COVID-19 pandemic. British Airways has warned that levels of activity are not expected to return to pre-COVID-19 levels until at least 2023, but return they will, as air travel is a key driver of the global economy.

Public scrutiny around the air and noise pollution created by the aviation industry were at an all-time high before the COVID-19 crisis, and before it was a novelty to see an aeroplane in the sky. The industry can usefully use the current hiatus to ready itself for return by enhancing its environmental credentials and creating firm foundations for a low carbon future. As an industry with long life assets, making decisions now is crucial.

Today, travel by commercial airlines generates 2-3% of global carbon emissions, and if unabated could reach 9% by 2050. Aviation needs to rewire to face the twin challenges of growth and the global target of net zero carbon emissions by 2050. 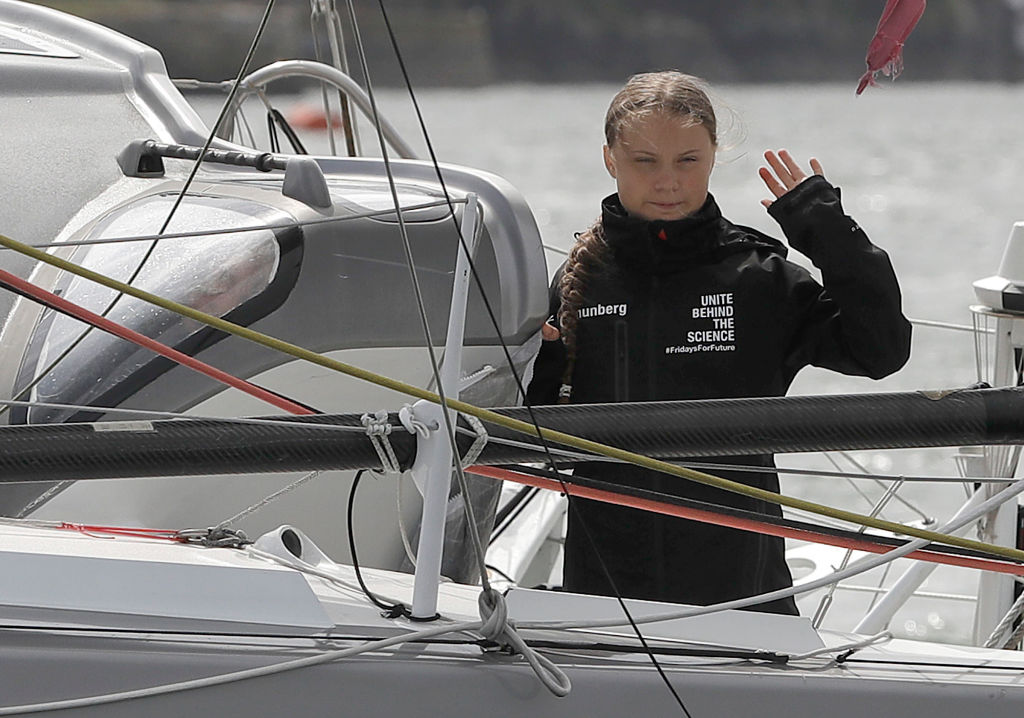 In a blaze of publicity, in August 2019, the world saw Greta Thunberg sail in a zero-emission yacht from Plymouth, United Kingdom to New York in the United States, for the Climate Action Summit to call out the emissions that air travel is responsible for. The new calls for action will only get louder, particularly if the Swedish term Flygskam, or flight shame, becomes part of our climate crisis vernacular. It was estimated that demand for flights from Sweden on Scandinavian airlines SAS and Braathens, were cut by 4% and 12% respectively as a consequence of the movement. At the same time as Thunberg’s voyage, Extinction Rebellion protests were taking place in London against air travel, when a protestor sat atop an aircraft at London City Airport in order to delay its departure.

McKinsey completed a survey of passengers in the summer of 2019, which showed that 50% of travellers were really worried about climate change, with the concerns most pronounced amongst people aged 34 and younger, with fliers in this group willing to pay the most for carbon-neutral tickets. One would expect consumer preference for environmentally sensitive flights to harden as the industry recovers post pandemic.

More broadly, other significant stakeholders in society are driving change. Institutional investors are increasing focus upon green investments and governments are applying carbon taxes. The government of Canada has implemented a tax of C$30 per tonne of CO2, based on the amount of load fuel for domestic travel.

There are grounds for optimism. Carbon emissions per passenger have fallen by over 50% since 1990, facilitated by new aircraft technologies. You may, like me, have sat in your seat and wondered why the end of the wing is shaped with funky looking fins? These sharklets (Airbus) or winglets (Boeing), reduce aerodynamic drag. Boeing claim they reduce fuel burn by up to 5%.

Airlines are procuring more fuel-efficient aircraft. German airline Lufthansa introduced the Airbus A320 neo into their fleet in 2016, and quote a fuel burn 16% lower than the existing models it replaced. Four engine aircraft are being replaced by twin engine variants, which deliver a 20% fuel efficiency per passenger.

The current industry crisis has provided a number of airlines with the opportunity to retire their old less fuel-efficient aircraft early. British Airways, the world’s largest operator of the Boeing 747 jumbo jet, with 31 aircraft in their fleet, had planned their continued operation until 2024, but took the entire fleet out of service in a haze of nostalgia, the final flights taking place in October 2020.

In engine design, improvements are expected to continue in the materials used in their construction, which will make them lighter and stronger, reducing fuel burn further. Under development, albeit delayed as a consequence of COVID-19, Rolls-Royce is developing the Ultrafan jet engine which will be quieter and more fuel efficient than anything it has made before, with emissions 25% lower than the engines it will replace. 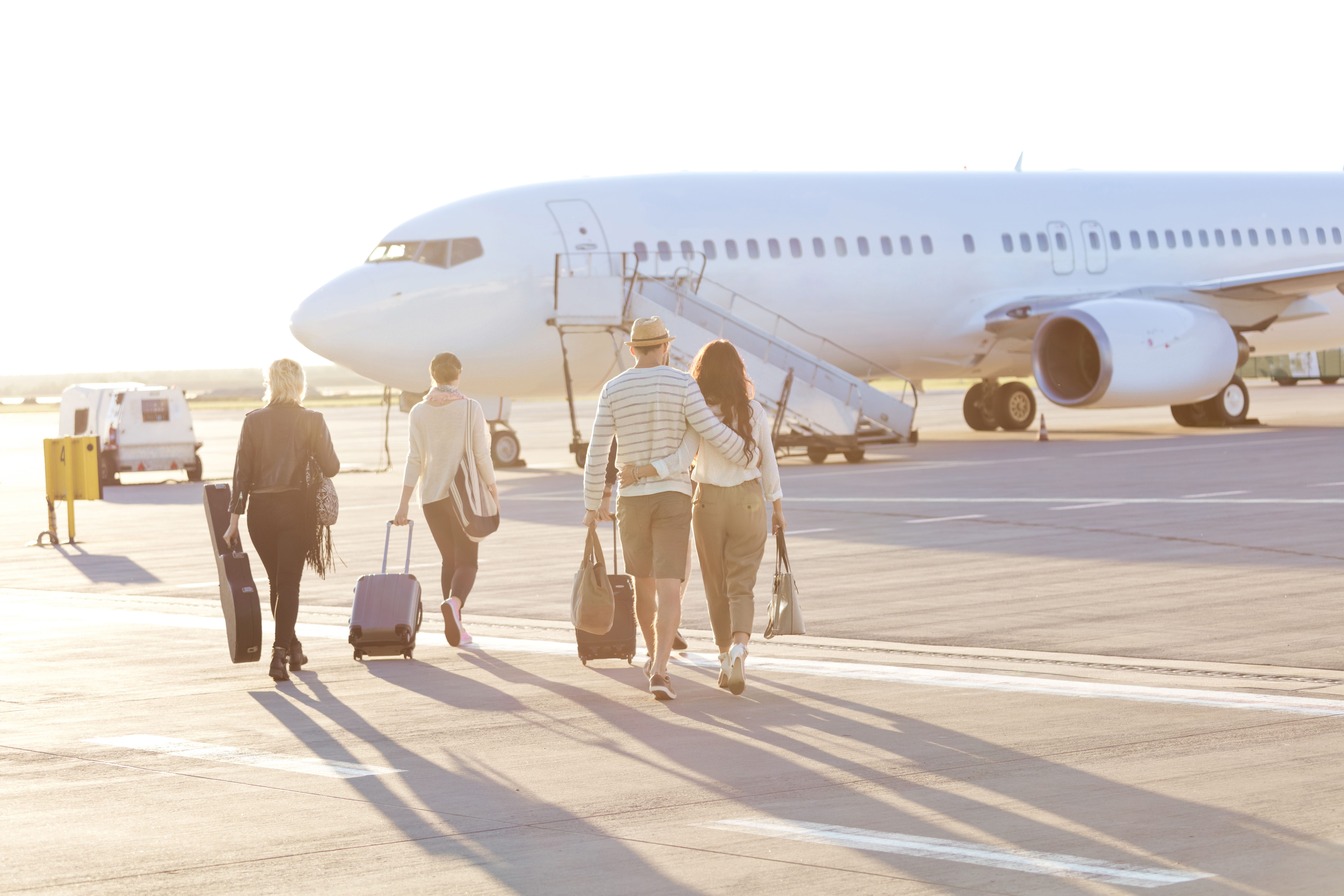 Airlines themselves are squeezing every efficiency from their operations. Passenger loadings have risen from 75.2% in 2005, to 82.5% in 2019, (only to be knocked back to 65.5% in the COVID-19 impacted 2020) and pilots are being made aware of and trained in how their behaviour can affect an aircraft’s fuel efficiency. Imaginative ticketing is also being used. The Financial Times reported that SAS and Lufthansa are offering passengers the option to offset the emissions from their flight, with higher ticket prices to fund sustainable fuel usage with SAS’s passengers paying $10 for a 20-minute block of biofuel.

Finally, Regulators have an important role to play. The UK Government is driving operational efficiencies by launching in December 2018, the Airspace Modernisation Strategy (AMS) led by the Civil Aviation Authority (CAA). The aim of the strategy is to make the movement of aircraft in our skies flow more efficiently, reducing carbon dioxide emissions, fuel burn and noise.

In June 2020, the UK’s Transport Secretary Grant Shapps announced a Jet Zero Council, chaired by the minister who will lead a cross section of industry and environmental stakeholders in collaborative working to align the aviation sector with 2050 net zero target. It has additionally earmarked £200m, to be match funded by industry for developments in aircraft and engines, as part of the Fly Zero programme.