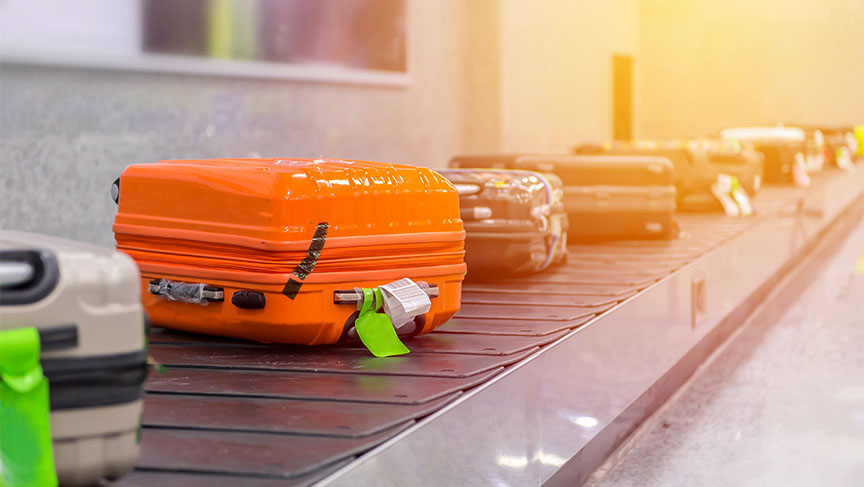 In the third and final part of the series, Head of Markets Philip Heathcote examines the role of energy infrastructure partners in achieving decarbonisation of the aviation industry.

As builders and maintainers of infrastructure, what should our role be in the decarbonisation of the aviation industry?

For flight, it is clear that in the short-term the path to net zero is through SAFs. As infrastructure providers we need to design, build, finance and operate the plant that can manufacture and distribute SAFs. In February 2021, Essar Oil announced that it had joined forces with Fulcrum BioEnergy, from the United States, to create a new facility to convert non-recyclable household waste into SAF at their Stanlow terminal in Ellesmere Port in Cheshire, England. The facility, named Fulcrum NorthPoint, is planned to be operational in late 2025 and will provide 100m litres of SAF annually.

As infrastructure providers, the second path of assistance to the sector is at airports. Some of the largest are the size of towns and have a very high energy demand. To provide a sense of scale, in the pre-pandemic year of 2019, London’s Heathrow airport welcomed 80.9m passengers and employed 76,000 people whereas the town of Harrogate in North Yorkshire has a population equivalent, and covered 1,227 hectares, as big as the London Borough of Kensington and Chelsea.

In the UK airports are making public commitments to become net zero: Birmingham by 2033, London Heathrow by mid-2030’s and London Luton by 2040 to highlight a few. To add rigour to these claims, Airport Council International launched an international independent certification process 2009 called the Airport Carbon Accreditation. An airport is assessed through six stages as they manage and reduce their carbon emissions: Mapping, Reduction, Optimisation, Neutrality, Transformation and Transition. Manchester Airport was the airport in the UK to achieve a ‘neutrality’ rating in December 2016.

Government has a role to play in providing support to airport operators to move to net-zero ahead of the 2050 deadline. Last year Innovate UK launched its Future Flight Challenge, which is offering £125m in government grants to kick start the next revolution in aviation. Heathrow Airport announced in February 2021, that it had successfully secured funding for two projects. Project NAPKIN, a research and development initiative seeks to set Heathrow on course to net-zero. The second project, Fly2Plan, will investigate how the airport can utilise the Cloud and Blockchain technologies to manage date for operational efficiency.

Airports most common energy uses are:

In the first instance the easiest, quickest and most cost-effective options open to airports on their net-zero journey are energy conversation measures. In aircraft ground operations. One engine can be used for taxiing.  Engines can be switched off when the aircraft is on its stand and connected to ground power, whilst simultaneously the cabins can be feed with ground supplied fresh conditioned air. As part of their sustainability programme Dublin Airport has installed Fixed Electrical Ground Power (FEPG) units, allowing mobile diesel-powered units to be withdrawn. Carbon offsetting, where an airport purchases carbon credits for schemes that offset emissions have been widely adopted, albeit as an interim measure, ever mindful of the environmentalist charge that this is greenwashing.

As a key long-term strand of their net zero strategies many airports are choosing to tackle their carbon footprint at source, at the point of generation. This approach has two key thrusts. Firstly, to purchase energy from certified renewable energy sources. Bristol Airport signed a three-year power supply deal in 2019 with Ørsted, which will see the airport’s annual electricity demand of 17 million kWh met with wind generation. London Heathrow switched to 100% renewable electricity in 2017.

The second option is on site generation. In the UK, Gatwick Airport led the way, installing photo voltaic (PV) panels as far back as 2012. Weather patterns are unpredictable, so installation of energy storage, batteries, to capture the on-site generated power so that it can be used at the time it is needed makes absolute sense. 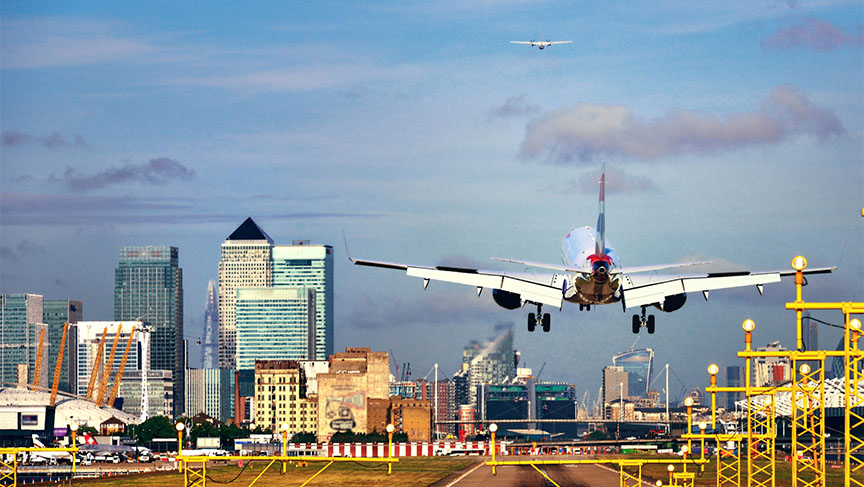 UK Power Networks Services are supporting the London City Airport’s Development Programme where we will deliver a microgrid that combines photo voltaic, combined heat and power, and smart automation software to double the size of the airport’s electrical distribution infrastructure. The electricity network will also be ‘smart’ thanks in part to a new SCADA (supervisory control and data acquisition) system that will remotely control the electricity network.

Transportation within and to the airport are major sources of carbon. Inside the perimeter fence vehicles from airport operators, ground handling companies and firefighting services are buzzing around. They perform key operation tasks, towing aircraft, towing baggage handling carts, taking passengers and crew to the aircraft as well as ferrying key operational support staff to resolve issues. These vehicles can be converted, and are being, to electric power.

Outside the perimeter fence, although beyond the direct control of airport operators, they can positively influence the journeys passengers, staff and goods make to the airport. The widespread creation of an electric vehicle (EV) charging infrastructure for cars, taxis, busses and commercial vehicles is a starting point. If the option of reliable and affordable surface access by an electric rail link is also available, it not only reduces an airport’s carbon footprint, but reduces congestions in its hinterland. Heathrow airport has strong rail links from London in the east, but it is working with Network Rail to develop a western link to increase the rail accessible catchment area. 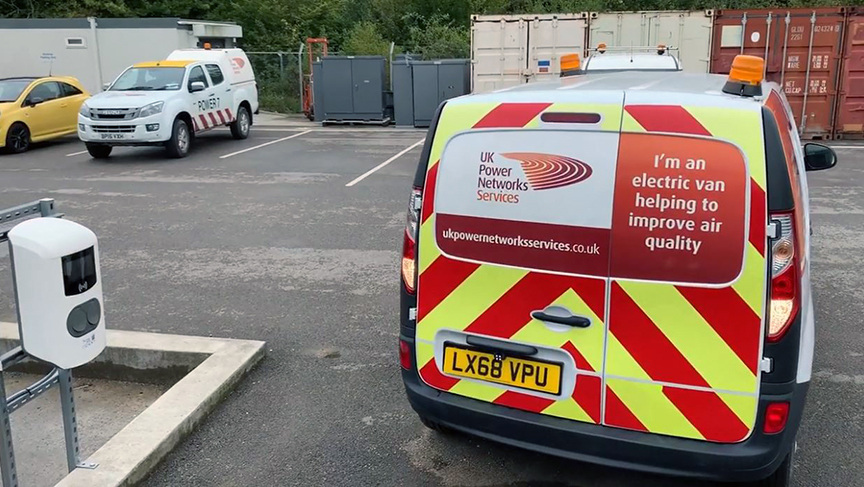 An additional benefit for an airport operator from an extension EV charging infrastructure is Vehicle to Grid (V2G) contributions to the energy store. V2G technology, a two-way exchange of energy, allows EV batteries to store energy and discharge it back to the airport’s electricity network at the times it might most be needed.

Let’s move inside. Airport buildings are often cavernous spaces that are illuminated 24/7. Replacing conventional lighting with LEDs, upgrading HVAC systems and enhancing building insulation, all help to reduce their carbon footprint. Smart software solutions are ever improving. They take data from multiple sources, such as security system, to analyse passenger movement in real-time. This enables systems to be switched on, off or adjusted depending upon the level of activity. The impacted systems can include passenger information, self-service check-in desks, heating, air conditioning and lighting.

As we queue up to pass through Border Control on our way home, let us take a moment to reflect upon our journey of discovery.

Aviation has been hard hit by the COVID-19 pandemic, but it will recover and the challenge to achieve net zero by 2050 is ever present. In the air, the development of existing technologies is already having a positive impact. The development of alternative fuels will provide a leap forwards, most likely with SAF, but much research is being focused upon hydrogen and electric powered flight, so perhaps these will have a role to play also. On the ground infrastructure providers have a significant role to play. That role could be creating the facilities to process SAF’s or reducing the carbon footprint of the airport’s operations. To replay the famous Chinese quote, ‘a journey of a thousand miles begins with a single step’, but we do need to up our pace as 2050 is only 29 (in infrastructure terms) short years away.

Philip Heathcote is Head of Markets for UK Power Networks Services in London.

The author wishes to thank his colleague Rahul N. Desai and Siobhán Meehan for their contributions to this article.

In part one, Philip examines the shift in public perception of the aviation industry and what major airlines and airports are already doing to make their existing infrastructure more sustainable.