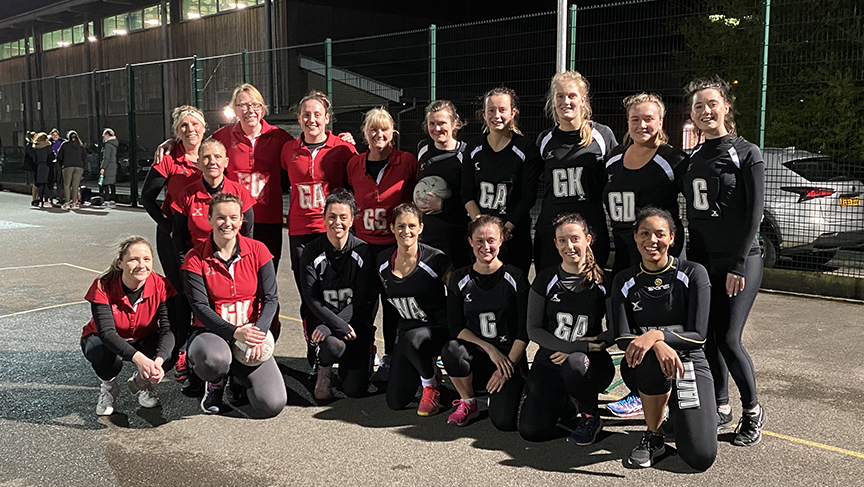 Club treasurer, Tracey Hawthorne, plays for the club’s ‘Rubies’ team, and applied for funding from her employer for the Diamonds, to boost team spirit. It is the third sports grant the club has received from the company, bringing the total to £750.

Tracey, an engineering project manager in UK Power Networks Services, said: “We appreciate the support. You can’t underestimate how a uniform can build confidence and teamwork and give a competitive advantage, just by looking professional.

“The money matters because we are a social club run by volunteers who give their free time. We try to keep costs down and as an accountant who has also worked in the charity sector, we control money tightly, so a big outlay on kit is expensive.”

The ‘Rubies’ won the league recently and the ‘Diamonds’ took second place in the Mid Sussex league during their first season.

Tracey, who normally plays centre or wing attack, said: “Netball is excellent for your fitness, it’s great to be part of a team and we socialise. Having that commitment to go to the matches and play well for the whole team is a motivator. I love it.”

The Team Sport Award scheme encourages UK Power Networks staff to volunteer in the community and is aimed at promoting healthy living, teamwork and developing sporting opportunities. Hundreds of community and sports groups have benefited from grants since the scheme was set up. During 2021, 77 teams benefited from a share in £19,250.