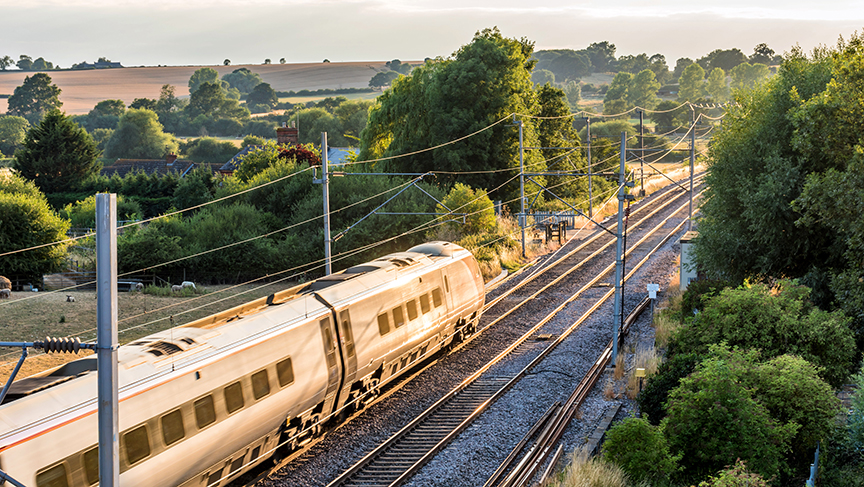 29 January 2020: The distributed energy solutions provider will support the energy transition of the UK’s railway infrastructure.

UK Power Networks Services has been awarded a place on Network Rail’s £650m National Design Services Framework and will work in collaboration with the railway infrastructure company to deliver their ambition of a safe, reliable, efficient and growing railway for customers.

Following a competitive tendering process, UK Power Networks Services was awarded the Electrification and Plant - Distribution Design section of Network Rail’s delivery plan for Control Period 6, also known as CP6 that runs from 2019 to 2024, including the option to extend the framework into Control Period 7 (2024 to 2029). The distributed energy solutions provider successfully bid for a place on the framework across all four designated regions covered by the CP6 plan and was the only company to be awarded the maximum of three regions, namely the North West and Scotland, North East, and South East of England.

The appointment will see UK Power Networks Services continue its longstanding partnership with Network Rail, designing the electrical infrastructure that will play a central role in achieving Network Rail’s sustainability targets to reduce carbon emissions and deliver improved train services and value for money for customers.

UK Power Networks Services will draw upon existing rail industry experience that includes the delivery of the Great Western Electrification Project (GWEP) that included over one million hours without a single lost time injury or any operational delays, and the design, construction, operation and maintenance of the electrical infrastructure of HS1, the UK’s first high-speed railway project.

UK Power Networks Services recently became one of the first companies of its kind in the UK to attain Kitemark certification to deliver Building Information Modelling (BIM) Level 2 requirements that will ensure consistent application of designs for Network Rail’s electrification infrastructure. In addition to this, the company’s internationally recognised ISO 44001 standard in collaborative business relations management will further strengthen the working relationship between both parties to achieve the framework’s objectives.

Philip Heathcote, head of markets at UK Power Networks Services, said: “We are thrilled to earn a place on Network Rail’s National Design Service Framework. It is a significant win for UK Power Networks Services and is an endorsement of the outstanding capabilities of our design team who have a proven track record of delivering large electrification projects on time while maintaining an industry-leading safety record.”

Daljinder Chatta, Network Rail's commercial director, said: “Network Rail will have greater access to a design support network providing mutual benefits to both Network Rail and the supply chain. Some of these include working more directly with suppliers, improved assurance, getting closer to experts, improved business and safety performance and enabling innovation to thrive.”

This design framework will see UK Power Networks Services expand its presence in the Midlands, North of England and Scotland and invest into an industrial apprenticeship programme that will generate a pipeline of highly skilled and valuable jobs in these areas for years to come.