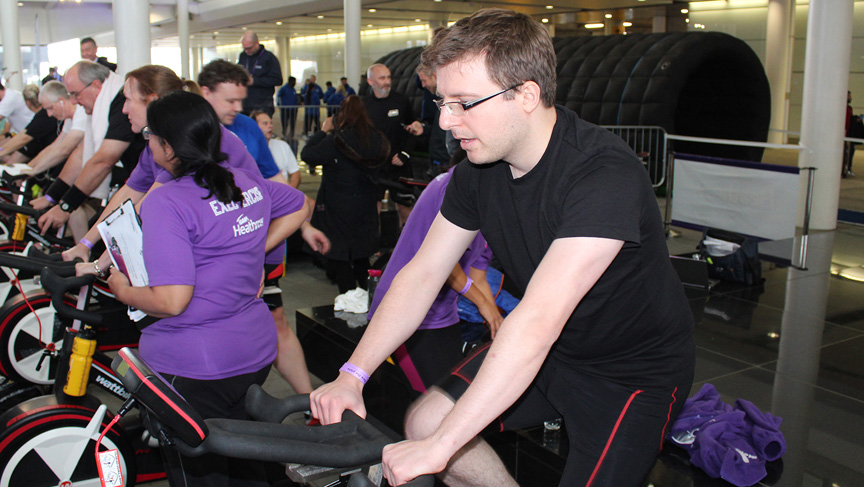 23 October 2018: We beat a Boeing 767 across the Atlantic by bike to help Team Heathrow raise more than £100,000 in the airport’s annual Race the Plane charity challenge.

The team joined 27 other teams and cycled the distance of 3,456 miles faster than the United Airlines UA 883 flying from London Heathrow to Newark Liberty International, in approximately seven hours. They beat the plane by 90 minutes.

Each cyclist took turns cycling for 30 minutes with the combined efforts of all the teams measured against the plane’s flight time.

"We’ve been involved in Heathrow’s Race the Plane for three years and we’re really proud to have beaten the plane yet again and raised these much needed funds for charity."

“It’s a tough challenge both mentally and physically, but to be able to say that we beat the plane, raised funds for charity and had a great day with Team Heathrow is worth all the hard work.”

The £100,000 raised was donated to The Duke of Edinburgh’s Award and Heathrow Communities Trust.